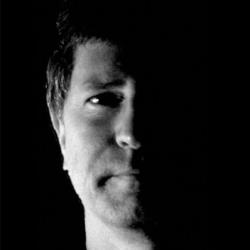 
Dan started in the visual arts back in the 1980s with his first fully manual 35 millimeter camera. 10 years ago he bought his first video handicam to document and help promote his music business. Dan calls himself a "chronic entrepreneur" and currently is the owner of Dan Powers Sound+Vision, a video production company that specializes in businesses, bands, non-profits and aerial video. Dan has received numerous awards over the years including the WACE (Western Alliance of Chamber Executives) award for best motivational video and the Business Support Award from The San Jose Awards Program. Today Dan Powers Sound+Vision works with a variety of business from sole practitioners to international companies. When Dan is not out coaxing the unique out of the trivial or sneaking up on unsuspecting subjects, he is found playing in his band, The Dan Goghs.